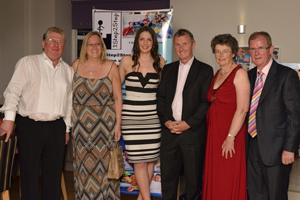 One of our Brigade members Grace Newby flies out to Thailand on the 7th July, with our good wishes but also with the knowledge that the charity  1Step2Step has benefitted by £6,500.  This staggering amount of money was raised at an event organised by Grace and her parents.

In the four weeks Grace will be in Thailand she will be working alongside Nicola Anderson from 1step2step in the Bangkok orphanage which is specifically for children and babies with disabilities and will see at first hand just how vital that money is to the children and especially to the work Nicola does with those with severe cerebral palsy.  Previously children would spend most of every day lying on mats on the floor, yet through play, communication and relationship those children’s skills can be developed albeit one tiny step at a time

We are very proud of Grace who has been an active member of St Lawrence and St Paul in the Longridge Company since she was 5 years old and joined the Martins, she is now 18 and still in the Seniors. On her return from Thailand she will go onto University, but hopefully will maintain her links with the company when she can.

We wish her well in her new venture and ask that everyone keeps both Grace and Nicola in their prayers.