Written by Jason Greenwood on 04 December 2018.

The CLB started in Carnmoney Parish Church in 1925, being officially enrolled in February 1926. Our CGB was started in 1992 and is run as a separate unit. They have been through ups and downs like everywhere else. In the mid 1990s, Carnmoney CLB and CGB together returned a strength of 119 members. We had a Band and were very successful at Brigade competitions. 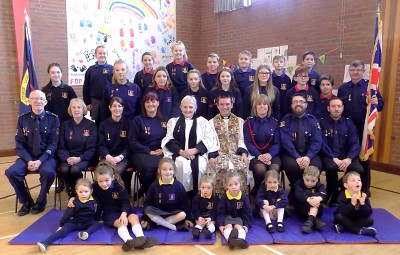 Little more than five years ago the CLB had three lads and the CGB had five girls. However, the leaders were not discouraged and worked hard to provide a meaningful programme. As you can see from the photograph, the Brigade in Carnmoney has had a revival and our strength – Officers, Lads and Girls – is now almost 40 members. We have a new minister, Rev Andy Heber, who is keen to work with the CLCGB and help it prosper.